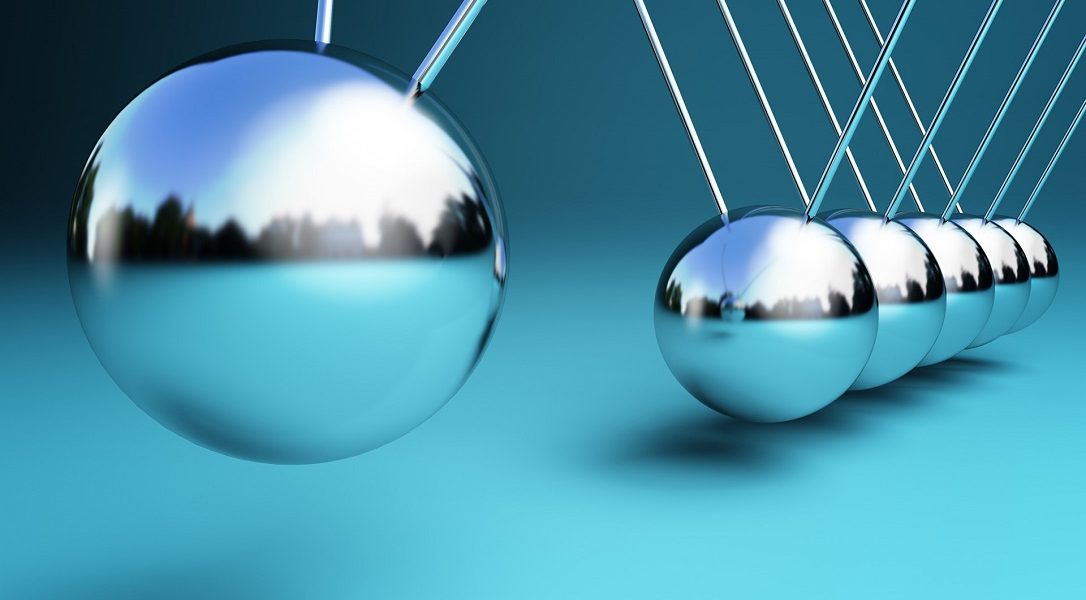 We were commissioned by Resourceful Cities Network to organize a webinar on scaling up circular economy practices. Here we share a summary of our keynote presentation. Resourceful Cities is an URBACT Action Planning Network led by the city of The Hague and joined by Oslo, Zagreb, Vila Nova de Famalicão, Cáceres, Opole, Patras, Ciudad Real, Bucharest 3rd district and Mechelen. The project seeks to develop the next generation of Urban Resource Centres, so they can serve as catalysts of the local circular economy.

Piloting is usually affordable, but how to scale up?

A recent OECD study on circular economy reports that 10% of surveyed cities and regions defined themselves as “advanced” performers in this field, while 39% as “in progress”, 57% as “newcomers” and 4% described their transition towards the circular economy as “not in place”. Nonetheless, 84% informed they were using pilots and experimentation to foster the circular economy (OECD, 2020).

Piloting and experimenting is usually affordable, but upscaling needs from substantial funding and strong political commitment. Hence, upscaling is increasingly seen as a key component of the implementation framework and should therefore be considered in the action planning process, from the beginning. In a study on smart city projects, Willem van Winden and Daniel van den Buuse (2017), from Amsterdam University of Applied Sciences, found out that even the pilot stage should be carefully designed with an eye on later upscaling – e.g. getting 3600 stakeholder involvement in the pilot experiences sets the basis to successful scale up.

So, what type of enablers or accelerating pipelines to move circular economy from activism and piloting to mainstreaming? In this regard, working at two levels would be advisable. First, at programme level, promoting initiatives with an expanding effect. Second, and maybe most importantly, at the policy level, trying to place circular economy properly into a number of robust and well-funded agendas with a transformation purpose. In particular, the smart specialisation strategies, as the place-based innovation policies par excellence in the European Union, and the upcoming recovery and resilience plans that member states will promote to face the pandemic´s impact, financed by the ad-hoc NextGenerationEU facility.

Initiatives with an expanding effect

The more refined an entrepreneurial and innovation local ecosystem is, the more rapidly that local economy will become more sustainable and circular. It is a fact that the entrepreneurship support field is paying a special attention to acceleration and scale up over the past years. But, what if the numerous start-up acceleration programmes were mostly biased to circular patterns? That would be case for EIT Climate-KIC Accelerator programme, targeting cleantech firms. And what if those programmes were periodically fuelled by challenge-based local calls and contests related to the circular economy? Or wouldn´t it be worth promoting a main start-up event? like the Circular Weekend, as it is hosted in some Spanish cities, aimed at re-thinking business models circularly and creating community, where the eco-Canvas is king.

This is a main way the Circular The Hague strategy is paving to scale up, by cultivating a circular start-up ecosystem in the city. This can only be achieved through a mix of initiatives, not just one. For instance, Vila Nova de Famalicão (Greater Porto) is using the business contest JUMP as a way to bias its start-up acceleration programme ELEVADOR to next economy´s sectors and business patterns.

The idea of circular economy hubs focusses on the demonstration and expanding effect of having a number of hotspots and agendas well-focused on circular economy operating in the city. They can adopt a variety of forms and purposes. For example, the Municipality of Athens organized a public tender to re-open and give new life to a former historic food market, the Kypseli municipal market, which was awarded to Impact Hub Athens with a programme on cultural, social and circular economy activities. It is a way to socialize these new patterns of production and consumption somehow through neighbourhood´s daily life, beyond activism and hipster circles. Even the own Impact Hub Athens, with an agenda quited focused on digital/circular economy targeting the start-up community, can be addressed as a significant circular economy hub for the Greek capital.

The massive adoption of circular behaviours by multiple actors within a specific area will have a scaling up effect at city level. This is leading to the concept of circular area management and related supporting tools for site managers – e.g. PlatformU. Indeed, the idea of Urban Resource Centres, as introduced by the Urban Agenda Partnership on the Circular Economy, can also be understood as knowledge-oriented circular economy hubs.

Cities do not have a significant stake on the regulatory framework regarding design and manufacturing of more sustainable products, but including “circular principles” in (local) public procurement will have a scaling up effect no doubt. Some cities are betting big on this way to scale up, like Oslo, which has created the position of coordinator for sustainable procurement. In this sense, the booklet “Public Procurement for a Circular Economy”, delivered by the European Commission in 2017, gives simple guidelines that can be summarized into four tips.

The “new Circular Economy Action Plan for a cleaner and more competitive Europe” underlines the importance to scale up the circular economy “from front-runners to the mainstream economic players”, and highlights a number of “key value chains” where the circular approach could have a higher impact – electronics and ICT, batteries and vehicles, packaging, plastics, textiles, construction and buildings, food, and water and nutrients (European Commission, 2020).

Focusing on sectors with high scalability potential can work as accelerating pipelines. In this view, Amsterdam´s Circular Strategy 2020-2025 focuses on three priority value chains – food and organic waste streams, consumer goods and built environment. In this regard cluster organizations can be good allies, in order to re-think value-chains around the idea of circularity and find out and spread on subsequent adjusted/new business moldes.

At this point, it is worth noting that besides the most obvious sectors –bioeconomy, cleantech, food– other activity fields can also work as fast-tracks to scale up circular economy. That´s the case of cultural heritage, where many local governments are becoming primary actors. Indeed, heritage valorisation and adaptive reuse are key themes in modern heritage management, which is about reconnecting the city of the past to the contemporary city. As a matter of fact, the ethos of cultural heritage valorisation and adaptive reuse is circular.

Placing circular economy at the heart of smart specialisation strategies

For funding reasons, the so-called Research and Innovation Strategies for Smart Specialisation (RIS3 or S3 in acronym) matter because of their close link to the European Structural and Investment Funds via Operational Programmes. In fact, S3 was established as an ex-ante conditionality by the European Comission for all member states and regions to access ESIF-funded OPs. As a result, S3 has become the mainstream innovation policy in Europe in a record time. That is why, duly managed, smart specialisation strategies can work well to scale up circular economy.

Furthermore, upcoming S3 designs –those to be run over the new programming period 2021-2027– are being mandated to work as boosters of the new European Green Deal framework strategy, and that  includes the Circular Economy Action Plan. In this perspective, it is worthwhile checking if circular economy is visible enough and properly placed at S3s. To do so, the empowerment of cities (local authorities) as S3 key actors or developers would be helpful, since many of them are front runners in making the transition to more circular economies. However, roughly speaking, smart specialisation still means little for many city officers, who see it as a matter belonging to the upper levels of regions and member states.

Circularity as a driver at the forthcoming recovery and resilience plans

Covid-19 crisis is being approached as the right time for a creative destruction that can accelerate the transition to a real sustainable and digital economy and society. To fuel that and help repair the economic and social damage caused by the pandemic, the EU has mobilized an unprecedented amount of resources through its long-term budget for 2021-2027. It includes new and temporary financial instruments like NextGenerationEU, with 750 billion Euros! to fund recovery and resilience plans. This new funding scenario in the short term is already opening or should open a negotiation at the sub-national level, meaning a precious opportunity for cities to scale up their circular economy agendas, now within a framework strategy on the next economy and resilience.

Domain-focused transformation agendas – digital agendas, smart city roadmaps… circular economy blueprints – can certainly work as acceleration frameworks, but only if addressed as major organisational challenges, with a cross-cutting impact. The Amsterdam City Doughnut, headlined as a tool for “transformative action”, is presented as a “stimulus for cross-departmental collaboration within the City, and for connecting a wide network of city actors in an iterative process of change”. So, no matter if we accumulate different domain-focused agendas with a transforming purpose, or instead drafting a single one by assembling the number of key drivers which are shaping the next economy/society – knowledge-based, digital, circular, social… What makes a difference with regard to scale up is getting a real integrated approach and the capacity to implement and have an impact. In this sense, concepts of impact economy and impact investment are emerging to embrace action and investment with a real transformation aim.

In short, beyond the big statements and the many small scale actions, it is time to get circular economy out of a just piloting logic and make it mainstream within a reasonable period of time. That is consistent with how the post Covid-19 era must be shaped. So, higher attention should be paid on how to scale up, which needs from a conscious strategy. The massive funding mobilisation at the EU level to face recovery and build up a more resilient and sustainable new normal is a unique opportunity to scale up circular economy practices more systematically. But it will require a significant effort in terms of vertical multi-level governance for cities to have their say. And in this respect cities should not sit and wait but, if necessary, they should pro-actively knock on the door of the regions and member states to claim their role as key actors for change. 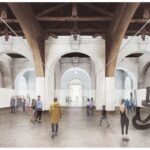